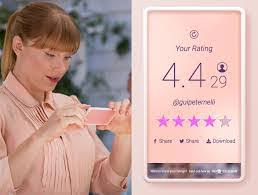 Black Mirror’s episode Nosedive focuses on a society where everything is perfect and based on one’s ranking. The main character Lacie Pound is seen throughout the episode working hard to raise her numbers to finally be a among those with high 4 rankings. She doesn’t speak her mind and just follows with what everyone else says and acts. Even with all her efforts in the end she breaks down and breaks away from the chains society kept her in. Throughout the episode there were many aspects that worked together to prove the ideology that people will do anything to be accepted and fit in. Everything from the setting to characters all played a part and worked together to in the end convey the moral of the story.

The first thing I noticed while watching this episode was the setting of the story. Everything from the clothes the people were wearing to the buildings were decorated in light pastel colors. From this I think that the toned down colors helped show how in this society nobody is really unique or different. And with the choice of pastel it is like a mask that is trying to make it seem more happy. If everyone was wearing monotone colors like black and white then the mood of this society will be gloomy and dark, The pastel is what helps portray the false liveliness. In reality no one in that society is really happy with the way they’re living but in order to cover it they put up this facade. Based on Erika M. Thomas and Romin Rajan’s passage, “Trapped in Dystopian Techno realities”, they bring up how though on the outside everything seems perfect, in reality everything is fake and gloomy. Right from the beginning scenes the society is represented like a utopia, but the episode, “produces an insidious underlying dystopia that is meant to warn audiences of this type of future” (pg. 226). Everyone knows the saying where not everything they physically see means it’s true. Thomas and Rajan’s writing helps prove my thought that this outer appearance is just used as a distraction. In reality everyone is judging others, and molded into what society deems right or favorable.

In this episode most of the characters are like Lacie where they put on a mask to try their best to have other people like them. However, even among them there were some who weren’t sucked into this alternate reality where other people’s judgement was the only thing that mattered. There were characters like Ryan, Lacie’s brother, and Susan who were the only one’s who believed that points weren’t worth it if in order to gain them they needed to not be themselves. There purpose in the story was to, “provide the illusion of existence outside of the structure of hyperreal” (pg. 229). There are characters like Naomi who is a high 4 and lives the stereotypical perfect life. With all these characters Ryan and Susan helps provide a sort of breather. That even though everything seems set and perfect, there are still some flaws and people who don’t mindlessly follow society’s stereotype. It is because of these characters that Lacie was able to slowly see that having a lot of points doesn’t mean happiness or satisfaction. Though she didn’t realize it quickly, it was the thing that helped motivate her to speak her mind as seen at the end of the episode. Ryan and Susan helped become a characters to compare everyone else with. With these two the audience is able to clearly see how fake and obsessed with fitting in everyone else is.

The moral conveyed from this video was that if we as humans keep heading in the path we are already in, there will come a day where we too will live in a society like Lacie’s. With social media especially, we are already being ranked on our popularity based on the number of followers and likes we get online. Those with low followers seem like a loner, and those with high numbers is seen as popular. We have this misconception where we assume that those with high numbers are more likable or reliable. Lacie believed that Naomi was a good person and genuinely cared for her because of her high status. Her brother tried to tell her that Naomi was just using her and that she was turning into someone she wasn’t, but because of his ranking Lacie didn’t believe his words. The same thing happened with Susan. When Lacie first saw Susan she judged her based on her ranking and didn’t want to accept the ride she was offered. Also while giving her a ride, Susan talked about how she too was obsessed with points and tried her best to please everyone. She thought she was happy but after her husband’s death she realized that it was all not worth it. Lacie realizes that Susan wasn’t such a horrible person but doesn’t focus on it because she thinks that their situations are different. Everyone’s first impression of someone is their ranking, and that determines whether the person is good or bad. There is no way technology is going to go away. Just like Thomas and Rajan mention, ” we cannot avoid replicating Lacie Pound’s mistake and false sense of hope when society has always already embarked on a steady nosedive through the hyperreal” (pg. 232). As time moves on so will technology. However, if we are not careful we can get consumed in it and end up living in a society just as portrayed in the episode.

Erika Thomas and Romin Rajan’s analysis on Nosedive is very similar to the thoughts and opinions I got from watching. We are already living in a world where our social media status plays a part in people judging what kind of person we are. Everyone is working hard to be accepted by society and takes the comments they give is taken literally, and can benefit and hurt us. A lesson we can take from this episode is that as social media and technology are advancing, we are slowly avoiding face-to-face interactions. Instead we are judging people based on their numbers and physical appearance. Everything is becoming superficial like the society Lacie lives in. The writers and directors of Nosedive are using this video to help bring awareness to how our future will look like. All the aspects like setting, characters, and moral reinforce the idea that people find fitting in very important. Everyone wants to be accepted and a part of something. Lacie’s society will soon become a reality if we don’t make a change to society’s stereotypical ideologies.